In whole, 56 patients were included. Amidst identified microorganisms were fungus (4,7%) and bacteria (95,3%) to which Gram negative bacilli represented 72,1% (n=44), Gram positive cocci 6,4% (n=10), Gram positive bacilli 8,2% (n=5) and Gram negative cocci 3,3% (n=2). Among these bacterias, Pseudomonas aeruginosa and Proteus sp were predominant, with respectively 41% (n=25), 23% (n=14). However, three cases of S. aureus reported, six with negative coagulase Staphylococcus, one with Escherichia coli, one with Klebsiella sp, one with Haemophilus sp, two cases with Neisseria sp and four cases with Corynebacterium sp. Two types of cultures were noticed, one of them monomorphic (91,1%, n=51) and the other polymorphic (8,9%, n=5) to which 3 associations of P. aeruginosa-Proteus sp, 1 association of P. aeruginosa- coagulase negative Staphylococcus and 1 association of P. aeruginosa- E. coli. No resistance to ciprofloxacin was observed with Pseudomonas, Neisseria sp, Haemophilus, and enterobacteria except for E. coli. No resistance to rifampicin was observed with S. aureus. However, the sensitivity of S. aureus to ciprofloxacin decreased (one bacterium out of three).

The use of rifampicin or fluoroquinolones should be based on the type of ear infections,

This work is licensed under a Creative Commons Attribution-NonCommercial-ShareAlike 4.0 International License.

The submitted papers are assumed to contain no proprietary material unprotected by patent or patent application; responsibility for technical content and for protection of proprietary material rests solely with the author(s) and their organizations and is not the responsibility of the journal. The main (first/corresponding) author is responsible for ensuring that the article has been seen and approved by all the other authors. It is the responsibility of the author to obtain all necessary copyright release permissions for the use of any copyrighted materials in the manuscript prior to the submission.

What are my rights as an author?
It is important to check the policy for the journal to which you are submitting or publishing to establish your rights as
Author. Journal's standard policies allow the following re-use rights: 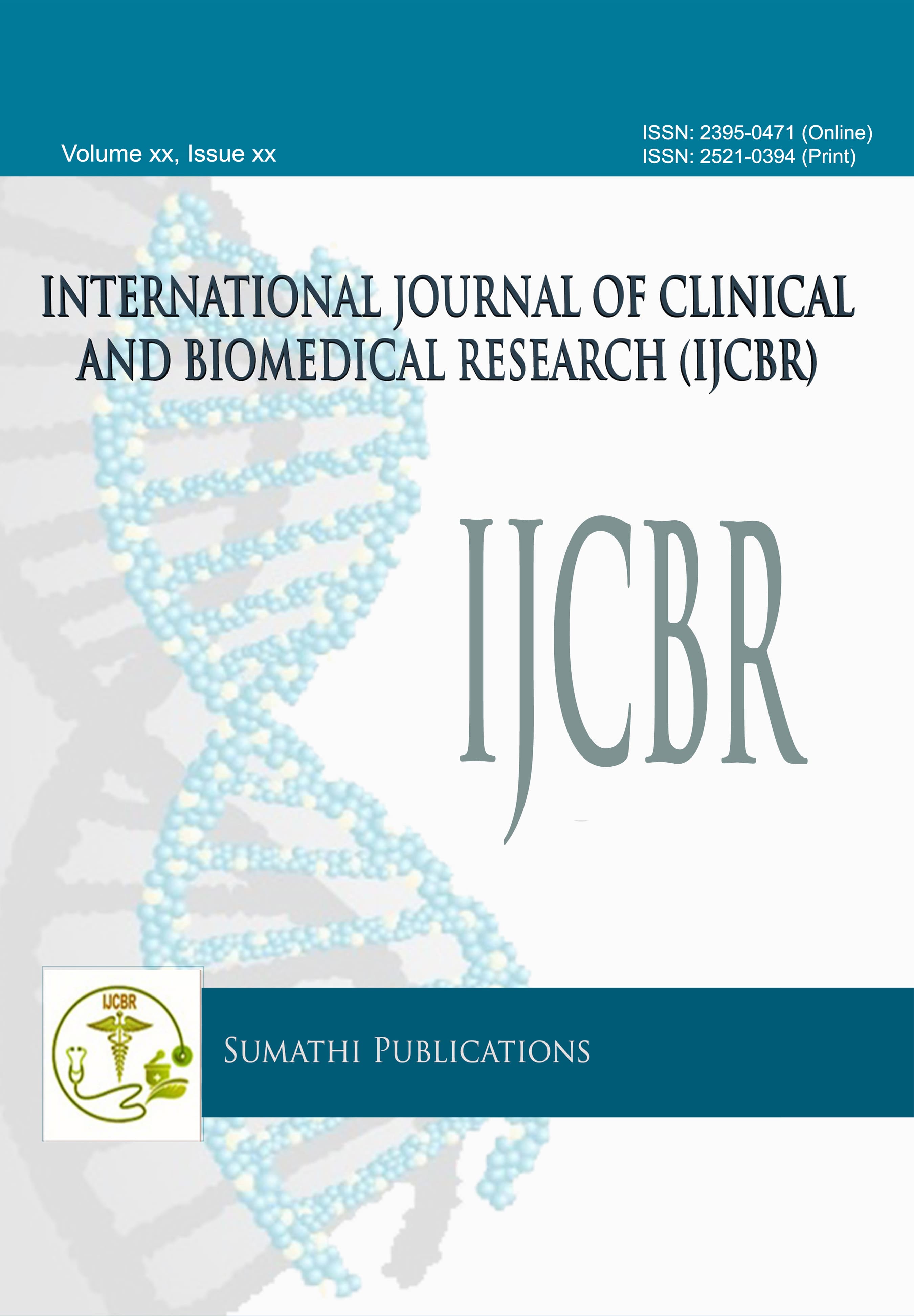